The Government Ayurvedic College is the pioneer institute of Indian system of medicine, in the entire North East India. It was established in the year 1948. The college is situated at Jalukbari, at a distance of 800 meter from the National Highway. Previously the College was affiliated by Gauhati University, Assam and still the old batches of students have been continuing their work under this University. After establishment of Health University in the state, the teaching, research and examination etc. of the College have been brought under Srimanta Sankardeva University of Health Sciences, Assam w.e.f. 2010 and the syllabus & curriculum prescribed by the Central Council of Indian Medicine, the statutory body of Indian System of Medicine, adopted by the University. Establishment : It was established after independence with a spirit of nationalism by the enthusiastic efforts of our great leaders Lokpriya Gopinath Bordoloi, Lokbandhu Bhuvaneswar Baruah and founder principal Late Dr Jagdish Ch. Bhattacharya. This college was introduced in a rented house at Uzan bazaar on 20th December 1948 by the then Prime Minister of Assam Lokpriya Gopinath Bordoloi. After one year, it was shifted to the government house at Chandmari (the present site of Assam Engineering Institute) and in July 1959 the college was permanently shifted to present site at Jalukbari, Guwahati-14, Assam. In the year 1960, Guwahati Medical Colege took birth in this college at the present jalukbari site. Since then for a period of 7 years, the college building had been shared by both the college.

SRM Institutes For Medical Sciences
Next 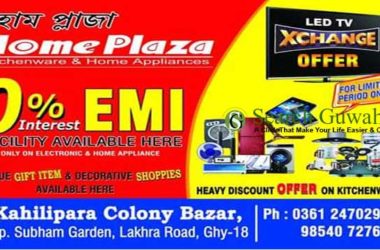